Who Will be Held Responsible for SOC1 Reports that Should Have Been SOC2 Reports?

This question was most certainly asked by a Service Auditor that found themselves in the precarious position of trying to explain to their client that they really need a SOC 2 report, but were met with resistance because the Service Organization was told by their client to provide a SOC1 (aka SSAE16) report.

What if Management chooses the wrong report despite help from the Service Auditor?  Will Service Auditors be held responsible for following the attestation standards even when a SOC1 is not applicable? Is there really no wrong answer?

Of course not, the Service Auditor will be because including non-ICFR controls in a SOC1 violates the attestation standard.  In fact, service auditors attest to following these standards in every report they sign:

So who is going to hold Service Auditors accountable?  Meet Jim Brackens, AICPA VP of Ethics and Practice Quality. 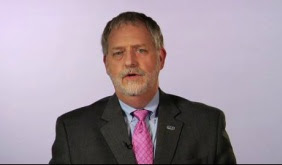 Jim oversees the AICPA Peer Review Program and is currently looking for CPA firms that are competent to do peer reviews of SOC reports.  There is a task force that is currently reviewing the SOC Report Checklist, and they are welcoming feedback on strengthening the language so that it is clear what a non-ICFR control is.  I have provided feedback to them, and I would love to pass yours along.

The peer review manual lists the reasons why peer review exists, and why CPA firms must undergo what is essentially an audit of the auditor, but basically the process is there to ensure that CPA firms follow standards issued by the AICPA.  I am excited about the upcoming year and have confidence that SOC reports will not share the fate of SAS70 reports.