They both break easily with use. 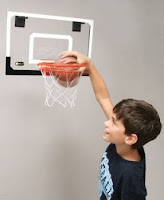 My 9 year son started playing basketball in a YMCA league, and instantly fell in love with the sport.  All he wants to do is shoot hoops, and last week, he decided to make a basketball goal he could hang on his wall so he could practice inside.  I found out about the homemade basketball goal when he showed me what he had made so far.  It was a wire hanger shaped roughly in the shape of a circle and tied together with a string.  He was trying to figure out how to attach that to the wall when I suggested that he buy one that he can hang from his door.  He immediately went online and started looking for one he could buy, and found one that he could purchase and pick up a local store.  It was only $15.99.

Well you probably can guess what happened to it from my title and punchline.  After two or three days of use, the backboard cracked, and the rim came off.

We, as professionals, understand instinctively that you get what you pay for, and observe this in every area of our lives where quality matters.  That being said, please review the wording in this request for quotation (RFQ) that I came across recently.

Lest there be any doubt about whether other criteria might be considered, please see the following comment that was included in the Q&A attachment:

This is what third party assurance about a service organization's internal controls has become thanks to the misuse of SAS70 reports. 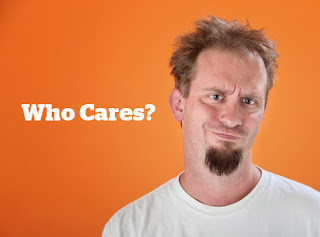 Some may say, "What does quality have to do with a report from an auditor anyway?  Who cares?  All of these reports are the same!  I just need something to give my customers that says SSAE16 on it, and they will be satisfied."

The organization that sent out this RFQ clearly does not understand the importance or value of a quality third party risk assurance, and like my son's basketball goal, the assurance they purchased will break.  Please let me explain.


The details of an award to a different RFQ, that was not quite as blatant, were made public.  This provided me details of the outcome of this kind of mentality to analyze.


I think companies like Cbeyond have the right idea.  Please see this press release from Cbeyond. (@Cbeyondinc) I have set up an interview with Fred White, Product Management - Cloud Services at Cbeyond (@FredintheClouds) to find out more about their decision making process, and will post the video once it is available.

I know what everyone is thinking...we are not that big, and cannot afford to have a Big 4 firm come in and do this for us.  All I have to say in response is that there is a wide gap between the Big 4 and the company that won the above mentioned award  Let's all select both the type of risk assurance we need, and the service auditor we use wisely because we know that quality matters in the long run.
Posted by Unknown